TC Architects designed King Community Learning Center (CLC) with the goals of making it an integral part of the community and an example of “green” design.

This 450 student Community Learning Center is part of the school district’s city-wide program to incorporate community learning and recreation with educational facilities.  The project began with an extensive evaluation of the viability of keeping the existing King School, built in 1922. This option would have included designing an addition to incorporate current Ohio School Facilities Commission requirements for an elementary school, as well as conforming to the Akron Public Schools’ guidelines. It was determined that constructing a new facility was a more viable option.

The new 58,000 square foot CLC incorporates many design elements reminiscent of the original historic structure it is replacing. The façade comprises red masonry veneer with dark red brick accent banding and cream stone fascia, friezes and various other accents. The gymnasium and student dining façade has four arched windows, a tribute to the focal points of the original school building.

The classroom wing has been designed to be three-stories in order to preserve as much of the tree-covered, park-like site as possible. The building was designed to be environmentally responsible through the goal of achieving  LEED Silver Certification.

The interior spatial arrangements were planned with the CLC-approach in mind. The gymnasium and student dining spaces can be combined to become one expansive space.  A stage at one end accommodates both school and community events. The classroom wing can be secured during after-hours community use while the wing containing the gymnasium, student dining, community kitchen and media center can remain open. 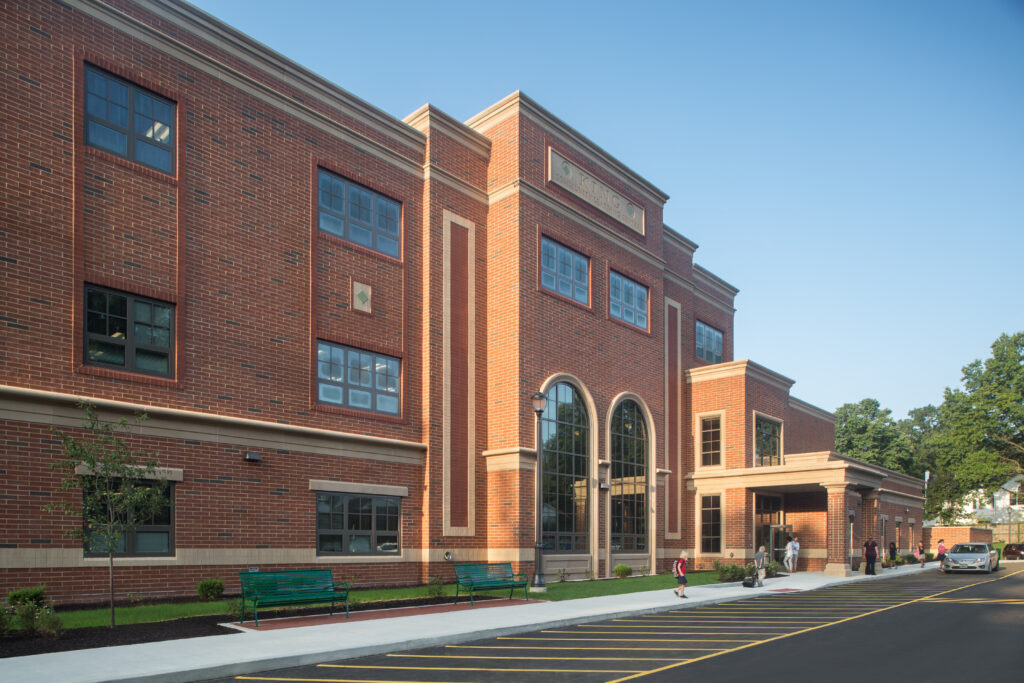 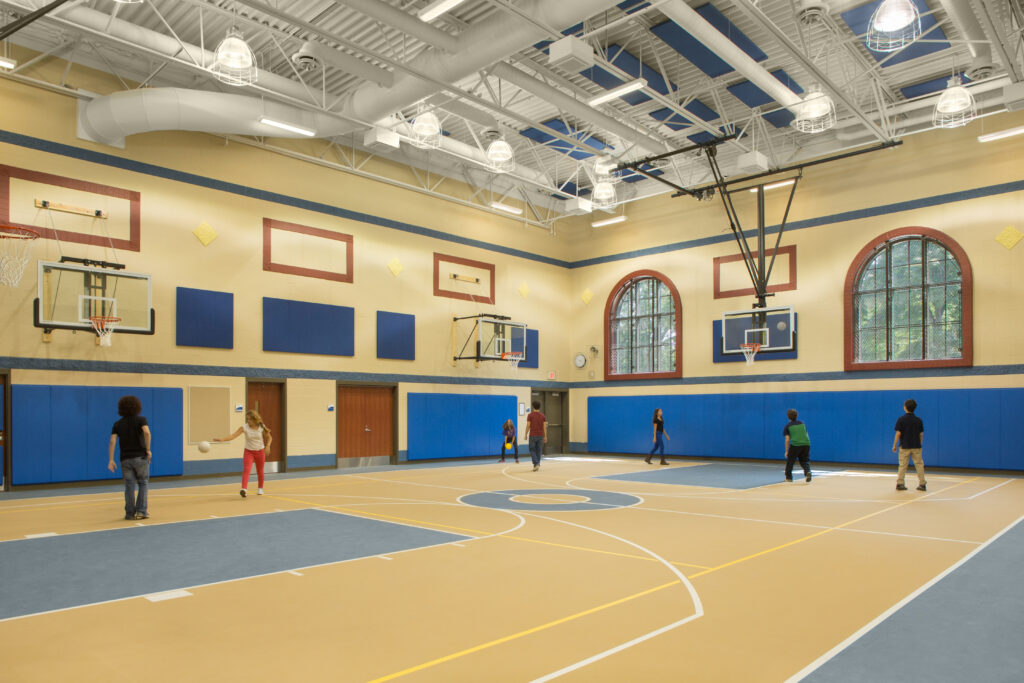 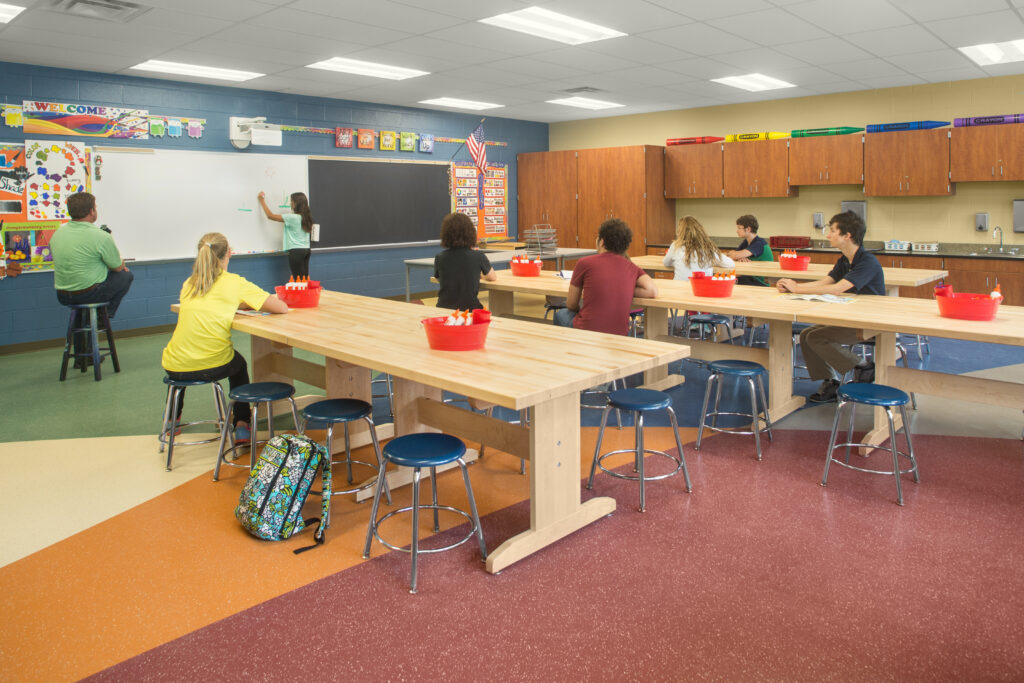 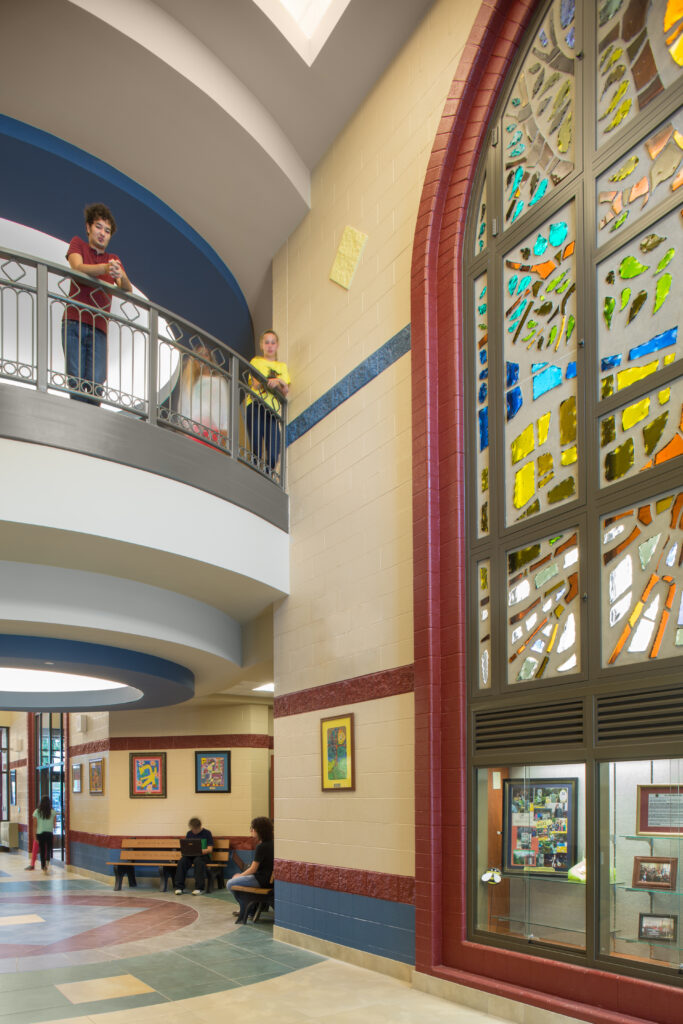 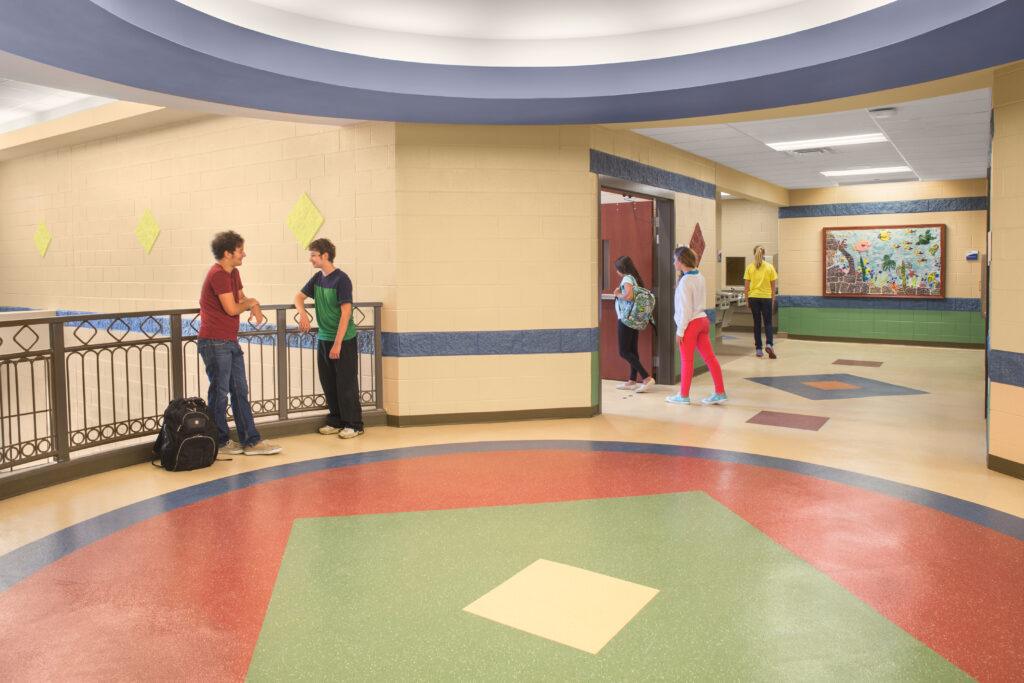 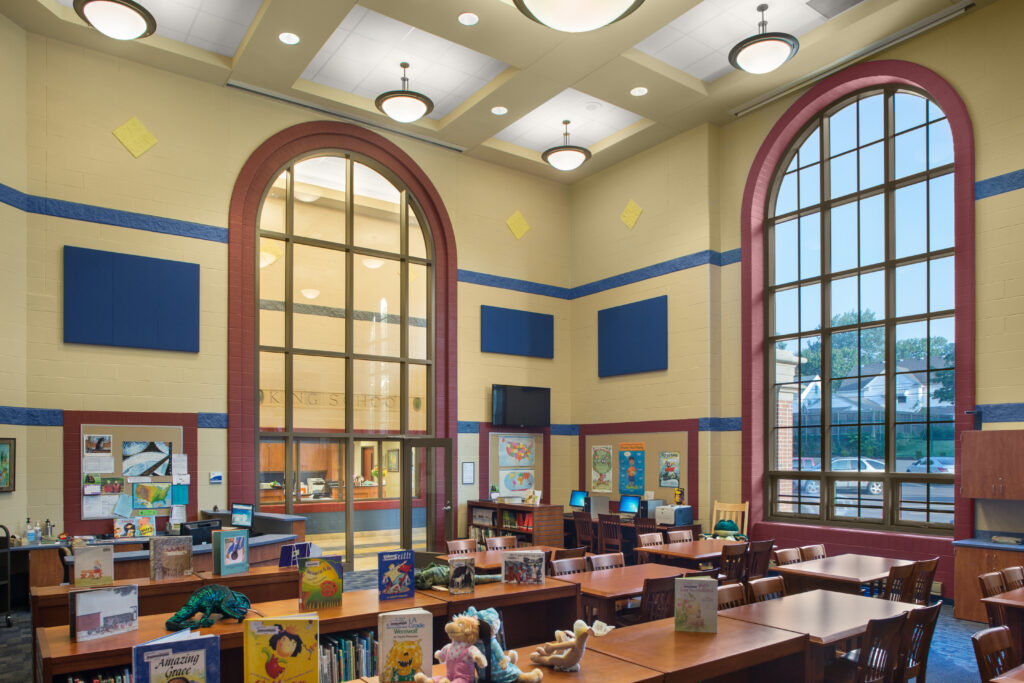