TC Architects was chosen to design the Sam Salem Community Learning Center (CLC) for the Akron Public Schools as part of a City-wide program to incorporate community learning with education facilities. The building was designed so that the existing school could still be in use while the new building was constructed, then the existing school was demolished and regraded for the new parking lot.  The building itself is intended to create a symbolic element for the surrounding community and to maintain a site that invites community involvement after school hours.  The interior spatial arrangements were adapted from the community learning center approach which puts the common educational and community functions together (Gymnasium, Student Dining, Art, Music, Media Center) clustered into one wing.  The remaining wing is secured during non – school hours and is used for classroom and administrative purposes. The building exterior embraces a very traditional approach, reminiscent of many buildings currently in the District. The envelope consists of red masonry veneer with buff-colored accents, sills and accent banding, Kynar painted aluminum windows with grids, and aluminum copings. The educational wing has pitched roofs to mimic the surrounding residential areas, with the Community wing having low-slope roofs. 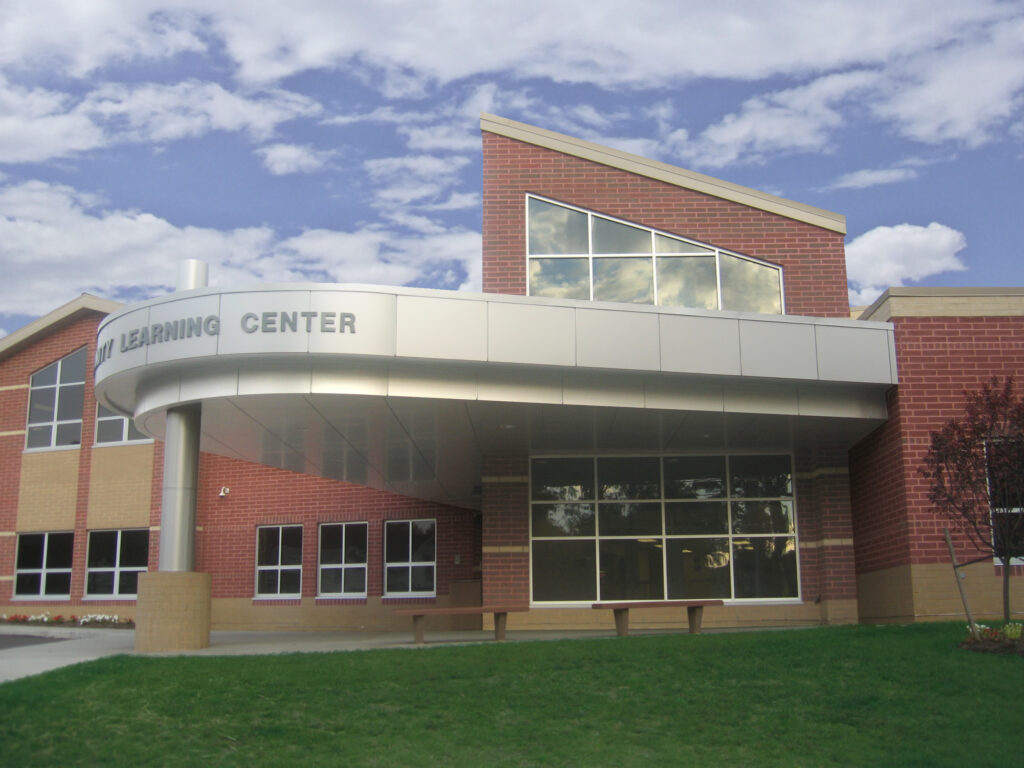 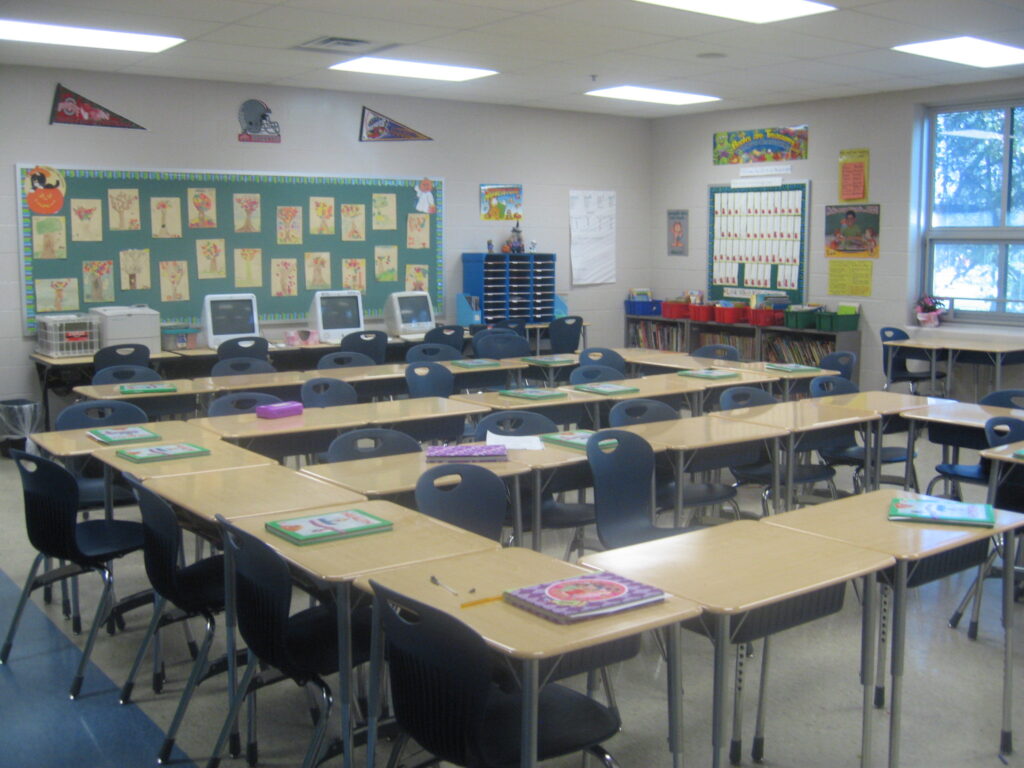 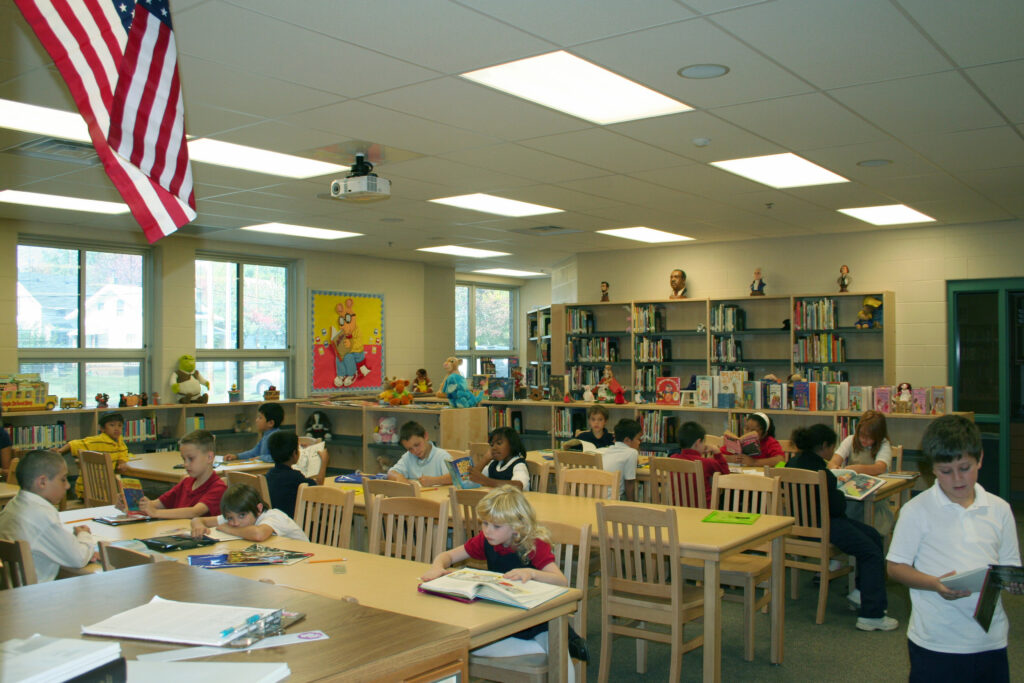 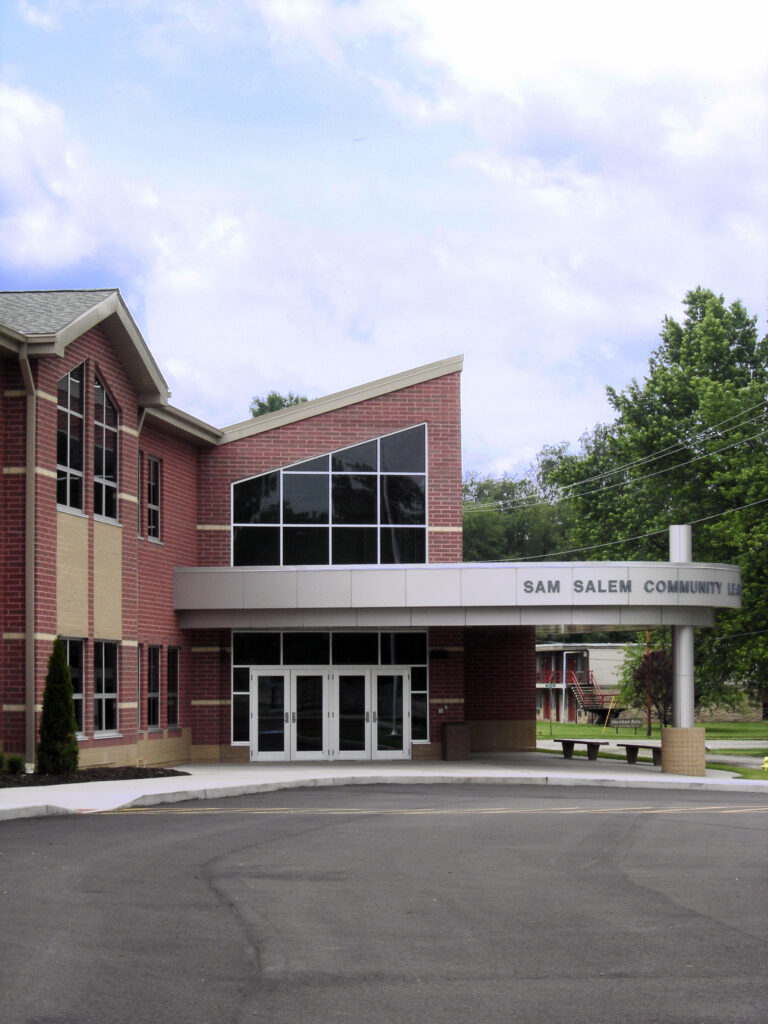 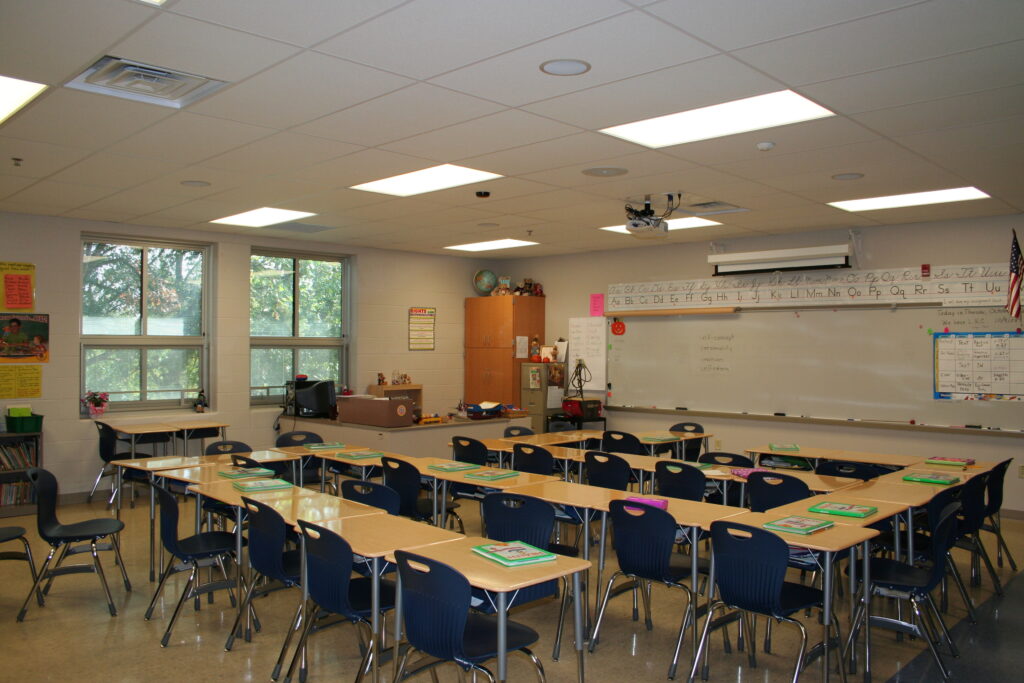 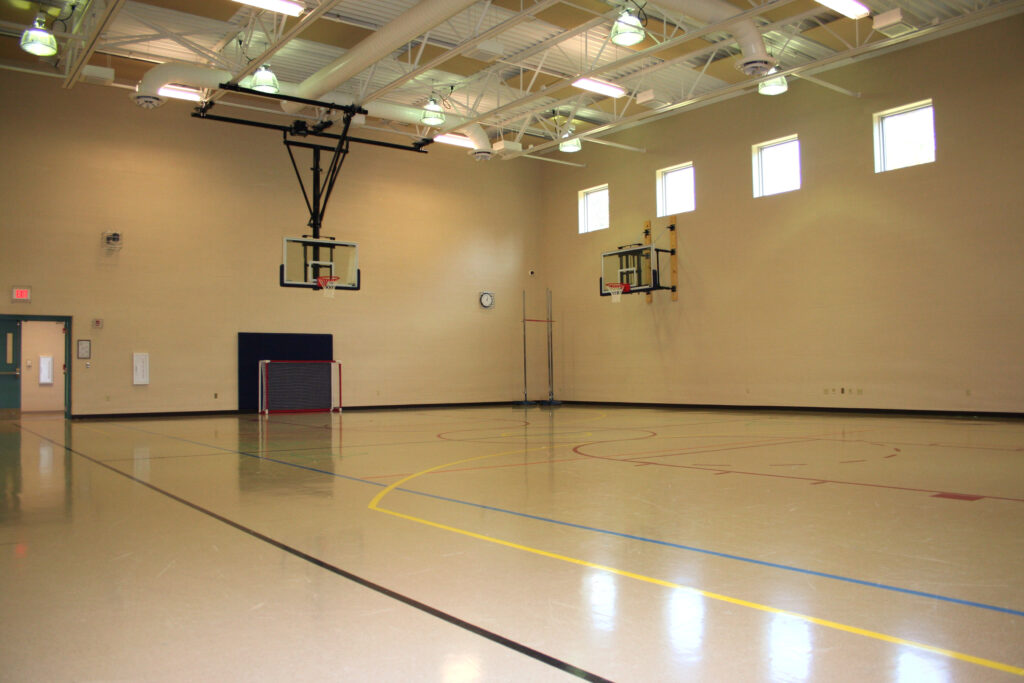