TC Architects is excited to have worked with Summit County to enhance the existing Veterans Memorial adjacent to the County Courthouse.  The memorial sits in an open courtyard off of High Street in Downtown Akron.  It has a Doughboy statue (representing World War One), a large memorial plaque (representing World War Two) that was relocated from the University of Akron’s Memorial Hall and monuments for the Korean and Vietnam wars.

The project included replacing all of the site lighting to enhance the monuments and adding an accessible path for people to utilize.  A new Vietnam statue, donated by Thomarios Companies, was added as well as the relocation of a memorial tree and monument.  Accommodations were made to allow for the expansion of the memorial in the future. 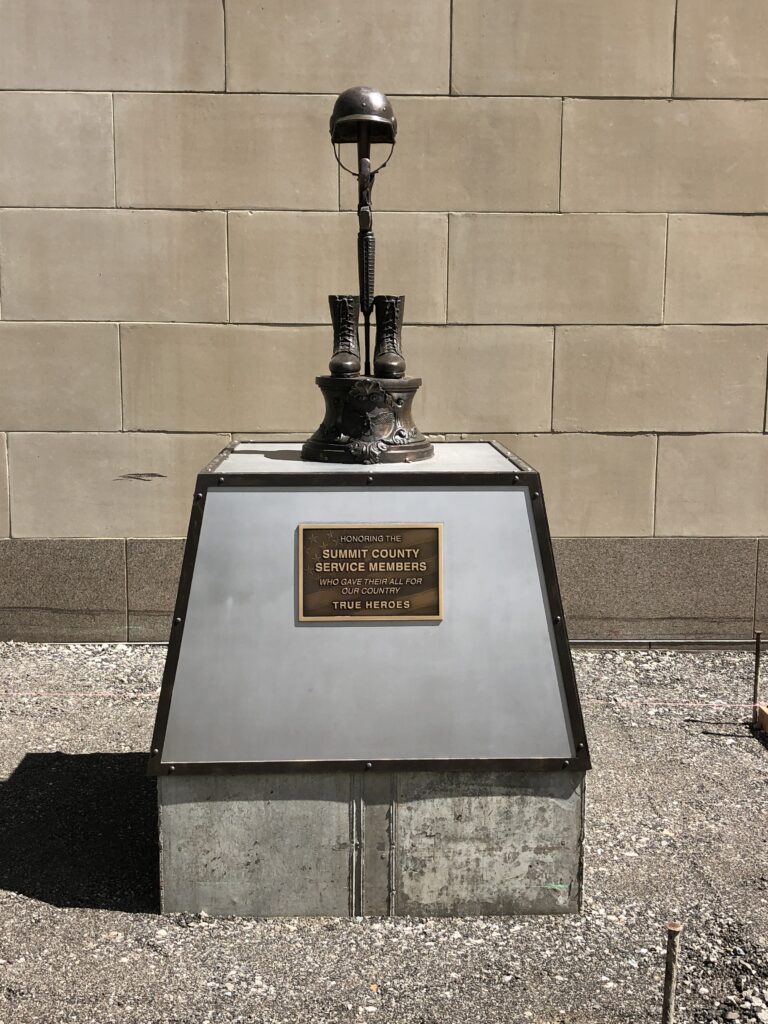 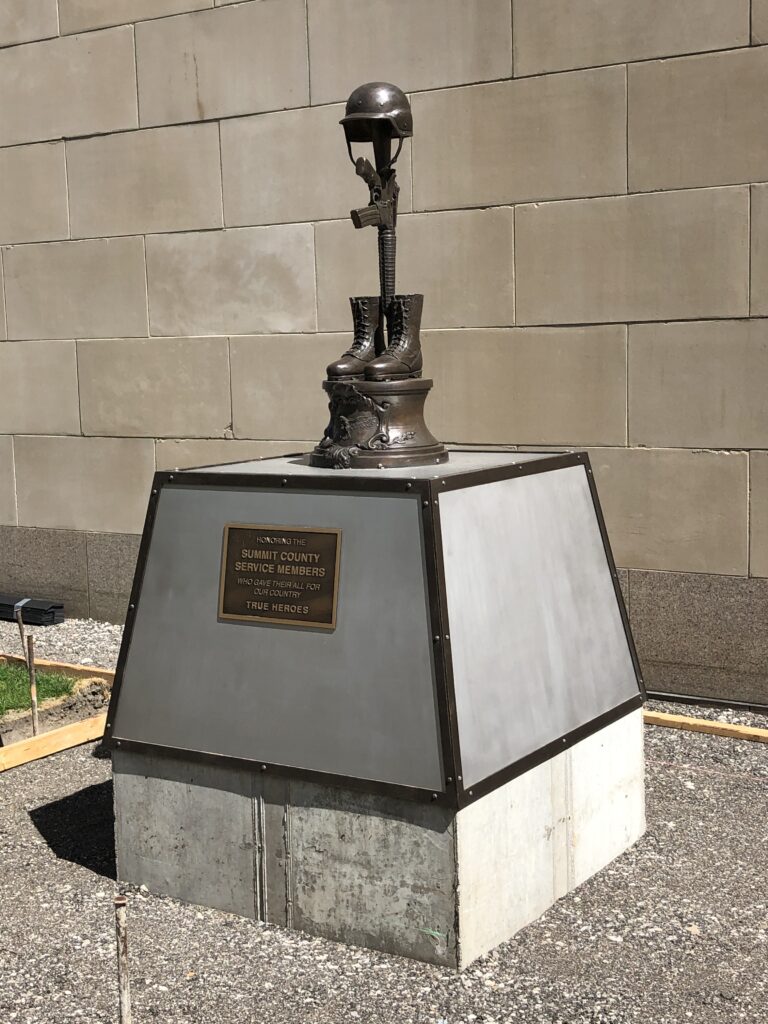 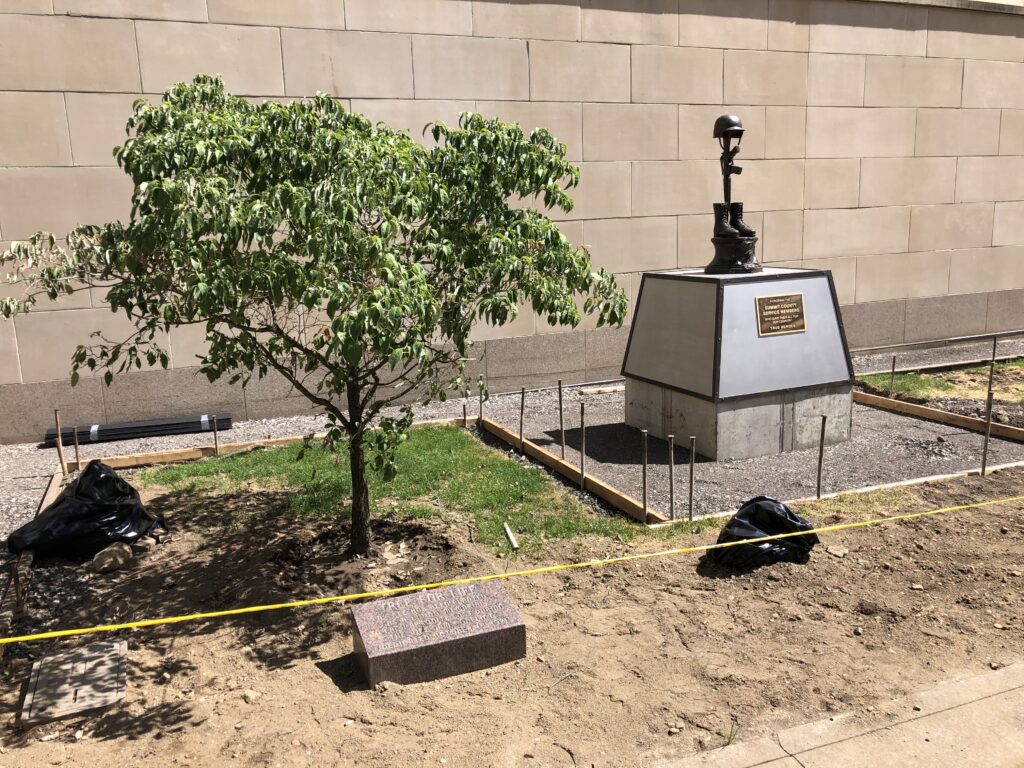 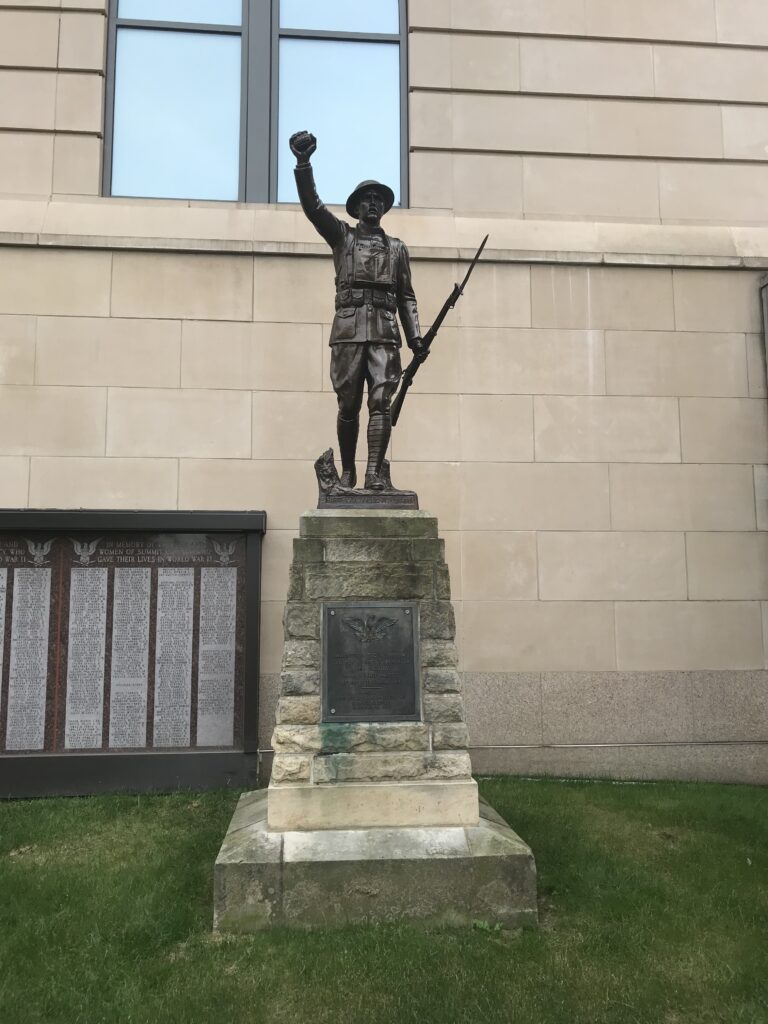